Deprecated: Hook jetpack_check_mobile is deprecated since version jetpack-8.3.0 with no alternative available. in /var/www/wp-includes/functions.php on line 5764
 Dhruv Shorey to lead Delhi in Ranji Trophy 2019, Nitish Rana as deputy - CricketFundas.com

Dhruv Shorey will be leading the Delhi team in Ranji Trophy 2019 and Nitish Rana will serve as deputy in the upcoming Ranji Trophy that is all set to start from Dec 09. 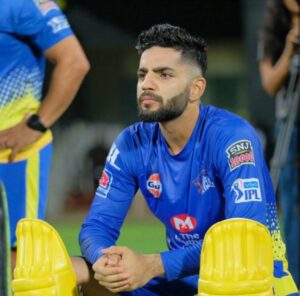 The Delhi & District Cricket Association announced the squad for the first two matches of the Ranji Trophy on Wednesday where Delhi will play a match against Kerala.

Even though India Captain Virat Kohli, Ishant Sharma, Rishabh Pant and Shikhar Dhawan were in the probables, they were not picked up for the first two Ranji matches.

Atul Wassan was the head of the Delhi selection committee and the committee named four standbys as Pranshu Vijayran, Kshiti Sharma, Sarang Rawat and Karan Dagar.