Deprecated: Hook jetpack_check_mobile is deprecated since version jetpack-8.3.0 with no alternative available. in /var/www/wp-includes/functions.php on line 5764
 KXIP vs CSK Highlights 2018 : MS Dhoni 79 in vain as KXIP pull off thriller - CricketFundas.com

You are here: Home » Cricket News » KXIP vs CSK Highlights 2018 : MS Dhoni 79 in vain as KXIP pull off thriller

KXIP vs CSK Highlights 2018 : MS Dhoni failed to get 17 runs in the final over against Mohit Sharma as Chennai Super Kings fell short by four runs in a high-scoring Vivo IPL 2018 match at Mohali on Sunday.

The CSK captain scored 79 not out from 44 balls with 6 fours and 5 sixes but his magic evaded him in the last over as Mohit Sharma managed to bowl three widish yorkers to deny the big shots. MS Dhoni’s partner at the other end was Dwayne Bravo who faced just the one ball in the innings while remaining helpless in the run chase.

Chasing 198, Chennai Super Kings had got off to a slow start and had left themselves 67 runs to score from the last four overs. MS Dhoni smashed 19 runs in the penultimate over to give his team a bright chance but could hit only a four and a six in the last over from Mohit Sharma. 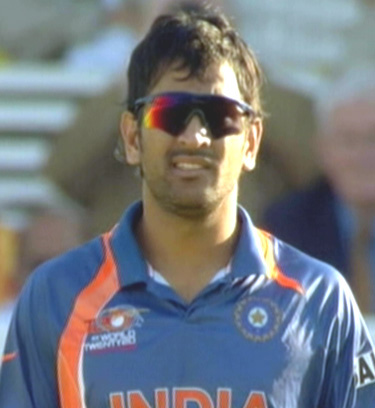 Earlier, Kings XI Punjab batting first after losing the toss, piled up 197 for 7 thanks to Chris Gayle’s 63 from 33 balls (with 7 fours and 4 sixes). Chris Gayle, playing his first game of Vivo IPL 2018, got the Man of the Match award. Lokesh Rahul continued his rich form, scoring 37 from 22 balls, this time though couldn’t hit a single sixer. Mayank Agarwal chipped in with 30 from 19 balls while Karun Nair scored 29 from 17 balls.

With the victory, Kings XI Punjab have taken the second place in IPL 2018 points table with their second win in three matches while Chennai Super Kings have tasted their first defeat in the three matches they have played so far.

The KXIP vs CSK Highlights 2018 along with Chris Gayle and MS Dhoni’s knocks can be watched on HotStar.

The post KXIP vs CSK Highlights 2018 : MS Dhoni 79 in vain as KXIP pull off thriller appeared first on CricketHerald.com.