MI vs CSK 2018 result : Chennai Super Kings marked their return to IPL by pulling off a thrilling 1-wicket win with a ball to spare in the Vivo IPL 2018 opening match against hosts Mumbai Indians at Mumbai on Saturday.

Chasing a target of 166, Chennai Super Kings were out of the race at 84 for 6 in 13 overs. However, Dwayne Bravo hit the ball cleanly to score a magical 68 from 30 balls to win the MI vs CSK 2018 match at the Wankhede Stadium.

The MI vs CSK 2018 highlights show that Dwayne Bravo smack seven sixes and three fours to upset favourites Mumbai Indians. In fact, when Dwayne Bravo got out in the final ball of the 19th over, Chennai Super Kings needed 7 runs from the final over. 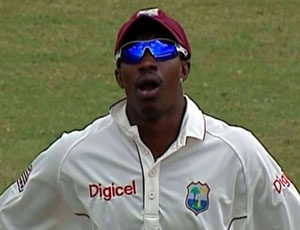 CSK almost lost the match as Kedar Jadhav couldn’t score any runs in the first three balls of the final over bowled by Mustafizur Rahman, leaving the yellow brigade 7 runs to win from 3 balls. The Indian and Maharashtra middle order batsman held his nerve though to send the next two balls for a six and a boundary to take CSK past the target. Kedar Jadhav, who had retired hurt early on due to a hamstring injury, returned to bat in the final over to score an unbeaten on 24 from 22 balls.

Hardik Pandya and debutant leg spinner Mayank Markande took three wickets each for Mumbai Indians, which went in vain. Mayank Markande was outstanding on his IPL debut, removing CSK opener Ambati Rayudu for 22 and getting MS Dhoni lbw with a lovely googly.

Early on, CSK captain MS Dhoni won the toss and asked Mumbai Indians to bat first. CSK new ball bowler Deepak Chahar removed West Indian Evin Lewis for a duck with a superb inswinger in the third over. Skipper Rohit Sharma fell cheaply for 15 as the Mumbai Indians struggled to get a good start.

The Mumbai Indians did get a shape thanks to Ishan Kishan (40 from 29 balls) and Suryakumar Yadav (43 from 29 balls). The finishing touches were provided by the Pandya brothers – Krunal Pandya with 41* from 22 balls and Hardik Pandya with 22* from 20 balls.

For CSK, Shane Watson, who opened the bowling did a great job, taking 2 for 29 in his four overs while Dwayne Bravo, the Man of the Match, conceded only 25 off his four overs as per the IPL 2018 schedule.

Chennai Super Kings’ next match is against Kolkata Knight Riders on 10 April at Chennai while Mumbai Indians travel to Hyderabad to play against Sunrisers Hyderabad on 12 April.