BJ Watling and Colin de Grandhomme rescued New Zealand from a precarious position of 36 for 5 to 192 for 6 by stumps on Day 2 of the NZ vs Eng 2nd Test at Christchurch on Saturday.

This was after England were bowled out for 307 in their first innings, adding 17 runs to their overnight total for 290 for 8, giving just enough space for Jonny Bairstow to score his fifth Test century.

Tim Southee finished with 6 for 62 while Trent Boult finished the England first innings with 4 for 87, dismissing Jonny Bairstow for 101.

England then had the hosts in all sorts of trouble as Stuart Broad ran through their batting line up with the new ball. First he got Tom Latham, caught behind by Jonny Bairstow for a duck in the second over of the innings.

James Anderson removed the other opener Jeet Raval in the fifth over while Stuart Broad sent back Ross Taylor for just 2 in the eight over. Henry Nicholls was lbw to Stuart Broad for a duck, leaving New Zealand at 17 for 4. 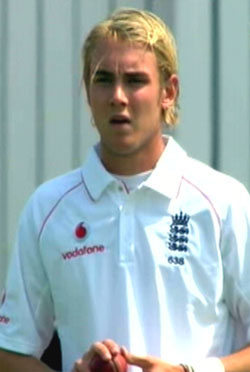 James Anderson came up with the big wicket of the New Zealand captain Kane Williamson (22) to make it 36 for 5 before BJ Watling and Colin de Grandhomme came up with a great partnership of 142 for the sixth wicket.

Colin de Grandhomme scored 72 from 151 balls before he was caught behind by Jonny Bairstow off Stuart Broad. When play was called off due to bad light, New Zealand were 192 for 6 in 74.5 overs with BJ Watling on 77* (from 196 balls) in the company of Tim Southee, who is on 13*.

England are very much on top despite the BJ Watling and Colin de Grandhomme partnership with the Kiwis trailing behind by 115 runs without much batting left.