India vs West Indies is scheduled to begin from December 6 and the teams will be playing the 1st T20 in Hyderabad.

Here is the predicted XI for the first T20 in Hyderabad which will be led by Indian skipper Virat Kohli. India is looking to keep their good run on home soil and to take over West Indies in the upcoming series. 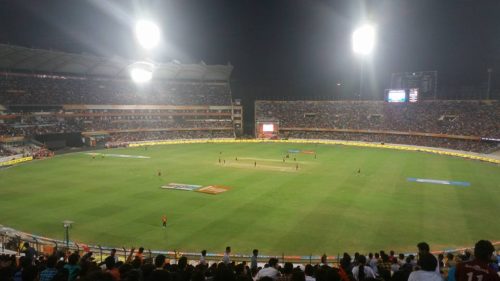 Rohit Sharma is the opening batsman and is the highest-run getter and will look to lead at the top against West Indies. It was being speculated that Rohit Sharma could be rested but that was not the case. He would give a great start to the series if he is in the 15-member squad.

Lokesh Rahul is expected to partner with Rohit Sharma due to absence of injured Shikhar Dhawan. He may keep out Sanju Samson out of the 1st match, who was not part of squad initially but he was called up by the selectors due to Dhawan’s injury. Sanju Samson is being seen as a backup for Rohit and Rahul in the coming series.

Virat Kohli is back as Captain after he was rested for the T20I series against Bangladesh. He is looking for the right combination as the T20 World Cup in Australia is approaching next year.

Shreyas Iyer is a batsman who can provide stability to the middle-order and also up the ante when required. MSK Prasad said that Shreyas Iyer will be crucial for number four spot.

Manish Pandey, a middle-order batsman remains an enigma. He scores a lot of runs in domestic cricket but did not showcase it in International matches.

Rishabh Pant is a wicketkeeper batsman and he has been inconsistent with the bat and his wicketkeeping forced the team management to bring back Wriddhiman Saha in the longest format. As Sanju Samson is getting chance, Pant may have to prove his ability.

Shivam Dube is likely to get chance to showcase his talent on the big stage in the absence of injured Hardik Pandya. He didn’t get a chance to show his batting against Bangladesh but he worked well with the ball by taking three wickets in the series.

Ravindra Jadeja has been brought back into T20Is in place of Krunal Pandya. He is an all-rounder who can score big and to take important wickets.

Yuzvendra Chahal is a spinner who was expensive against Bangladesh but he is looking forward to change that against West Indies. He is likely to keep out Kuldeep Yadav with Dube and Jadeja in the line-up as all-rounders.

Bhuvneshwar Kumar is included in the team after long absence due to injury and is the top-choice bowler for T20 format along with Jasprit Bumrah. Mohammed Shami is likely to be out now.

Deepak Chahar became a star following a stunning hat-trick against Bangladesh. He worked his best for India’s victories recently.