Rajasthan Royals quickly moved up from the bottom of the IPL 12 points table by defeating hosts Kolkata Knight Riders by three wickets at the Eden Gardens in Kolkata on Thursday.

Check out KKR vs RR scorecard

For the Kolkata Knight Riders, it was a sixth consecutive defeat, which was inflicted despite their skipper Dinesh Karthik’s 97 not out from 50 balls. A superb opening spell from speedster Varun Aaron helped Rajasthan Royals to restrict Kolkata Knight Riders to 175 for 6 after the visitors won the toss and elected to bowl first.

Varun Aaron cleaned up the stumps of KKR opening batsmen Chris Lynn and Shubman Gill to leave the hosts on the backfoot. The India discard registered figures of 4-1-20-2 to get the Man of the Match. Only Dinesh Karthik could come up with anything significant among the KKR batsmen. 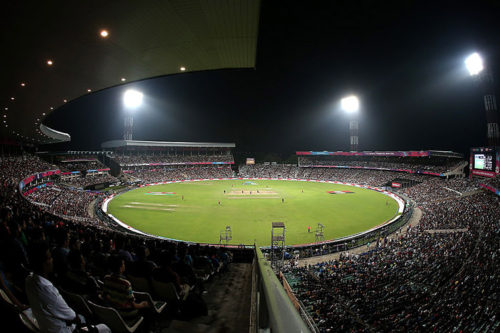 In their run chase, Rajasthan Royals were not in a great position at 98 for 5 in the 13th over and then 123 for 6 in the 16th over. However, newcomer Riyan Parag grabbed the opportunity to score 47 from 35 balls while Jofra Archer smashed 27 not out from 12 balls, a cameo which included a four and a six in the final over to wrap up the match. For KKR, Piyush Chawla and Sunil Narine bowled extremely well to record figures of 4-0-20-3 and 4-0-25-2, respectively.